Fabio & Grooverider have confirmed the return of their seminal party, Rage.

Rage, the legendary club night that ran between October 1988 and 1993, will return to its home London home Heaven on Sunday the 8th December, running in two rooms from 6PM to 1AM.

Fabio & Grooverider will play three hours of Rage classics in the Rage Room, joined by DJs from the original parties, Trevor Fung and Colindale. There will also be music from Bushwacka!, and a live PA from Shades Of Rhythm.

In the Jungle room Fabio & Grooverider will perform another set, this time of jungle classics spanning '94 to '96, joined by Jumpin Jack Frost, DJ Storm, Kenny Ken, and many more. GQ, Ragga Twins, Five Alive and Voice MC will also MC at the event.

Speaking on their return to the West London club, Fabio & Grooverider shared: "Heaven was the perfect place to hold such an event, a big cavernous space with maze like tunnels, a lashing sound system and amazing visuals, this was indeed a labyrinth. Rage ran for four years, in that time it changed the landscape of dance music. It was a daring glimpse into the future and still ranks as one of the highlights of our career. There will never be another night like Rage, dance music has changed too much so for those who were there, they will never forget the rapturous energy. The birthplace of Jungle. For those who weren't there, you missed something magical.”

Check out the flyer below, designed by '90s rave illustrator Pez, and sign up for tickets here.

Later this year, a book exploring drum & bass history will be published by Kmag.

Listen to 75 minutes of impeccable drum & bass from DJ Flight for our On Cue series. 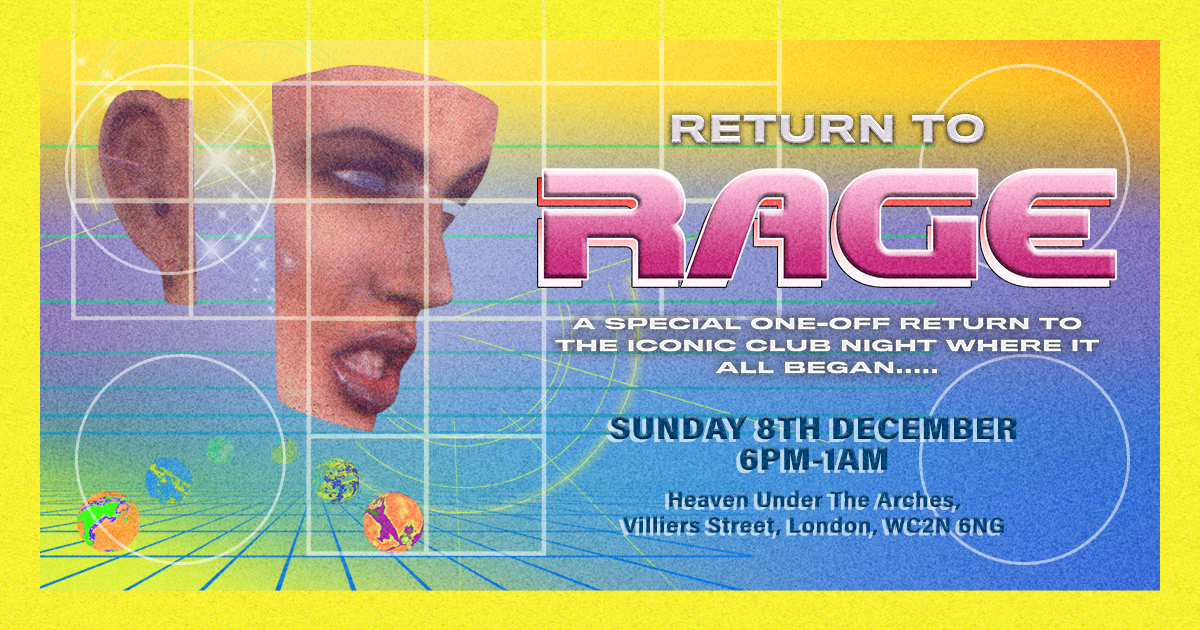 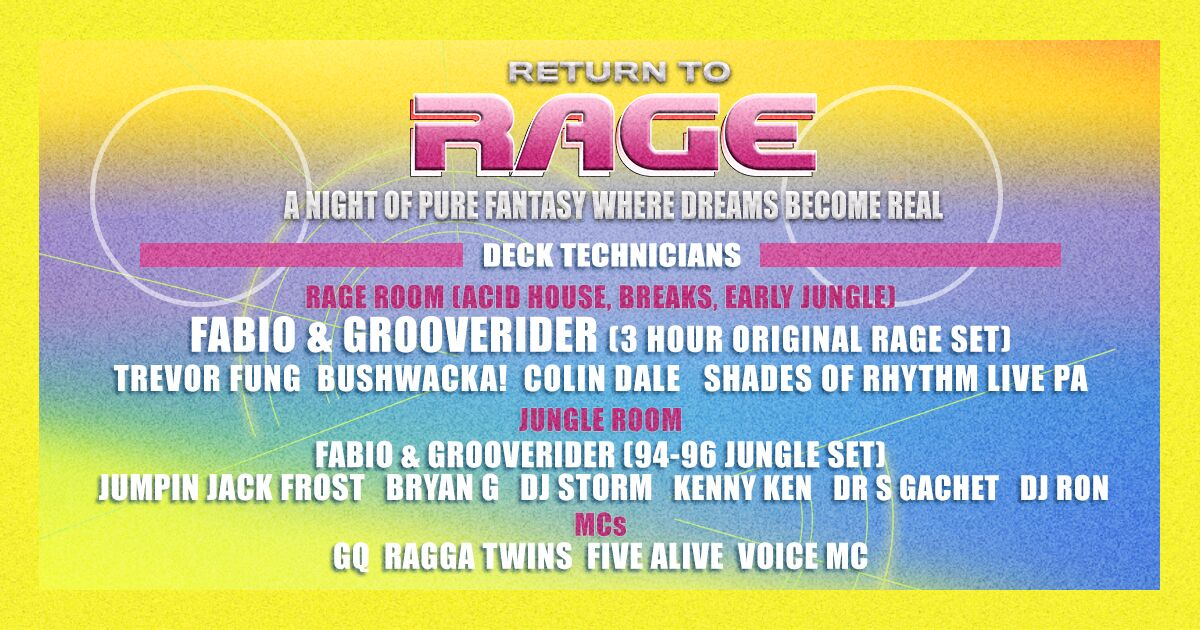