The creative trajectory of Porter Robinson has seen the American producer weave through diverse genres and challenging sounds. DJ Mag chronicles the pivotal moments and releases that have defined the young genius...

At age 26, Porter Robinson already stands as one of America’s greatest, most ambitious producers of his generation. From his humble beginnings as a self-taught bedroom producer, Robinson has risen to a level of creativity and artistry all his own, continuously challenging the electronic status quo and transforming his sound over and over again.

After defining and dominating the electro house and complextro genres, Robinson broke free from the grips of cookie-cutter EDM with the progressive ‘Worlds’, his breakthrough 2014 debut album that catapulted him to international fame and initiated an industry-wide sea change in electronic music. He did it all over again in 2017 with the launch of his newest project, Virtual Self, which sees Robinson abandoning his polished electronic pop sound for hard-edged, maximalist neotrance.

Throughout his career, Robinson has constantly evolved and elevated his artistic vision in search of his next creative challenge and his new sound. Here, DJ Mag gathers the key moments and releases that have defined Porter Robinson.

1. Ekowraith
While he has experimented with many genres and has written music under many monikers, including Bloodsphere, Audiomission, and Antigon Moore, Robinson’s journey truly begins with Ekowraith. As Ekowraith, Robinson released high-energy hands up music, an offshoot of Eurodance, which combined his passion for video game culture with his newfound love for electronic music. ‘Booming Track’, his debut single as Ekowraith from 2008, which he released when he was just 15 years old, sounds like a playable track off the Dance Dance Revolution soundtrack. It’s a fitting tribute, as DDR and other rhythm games, like Beatmania, were Robinson’s intro to electronic music. 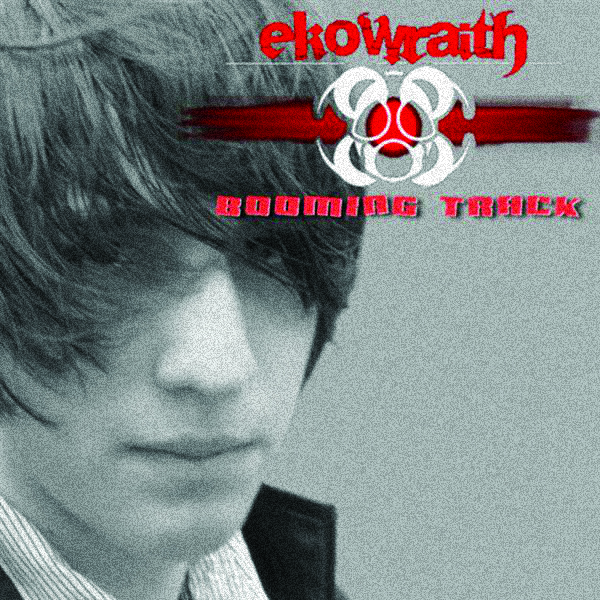 2. 'Say My Name'
Robinson entered his next stage, and his first artistic transition of many, when he ditched the cartoon-like sounds of hands up and hard trance and began releasing electro house tracks under his birth name as early as 2009. By the turn of this decade, he had already coined the term complextro, an electro house subgenre that mixes glitched-out, classically inspired melodies with “complex” rhythms and textures. His 2010 track ‘Say My Name’ encapsulates his complextro sound: aggressive synths, bombastic beats, wonky basslines. As Robinson’s biggest track from this era, ‘Say My Name’ topped Beatport’s Electro House charts just as he turned 18, notching his first major achievement as a solo artist. 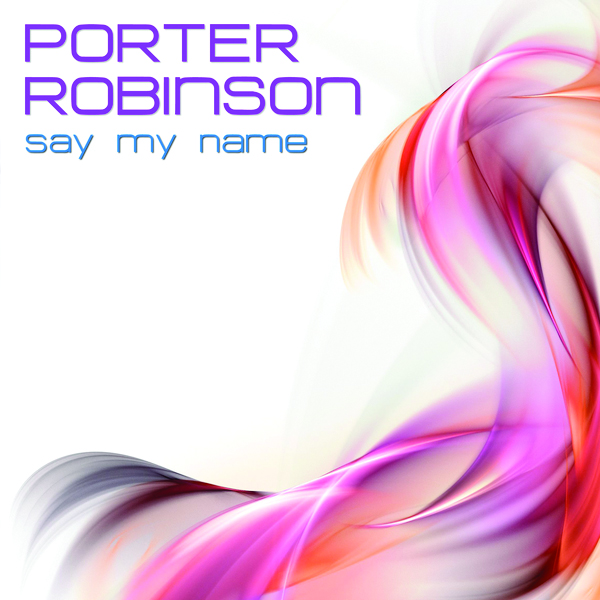 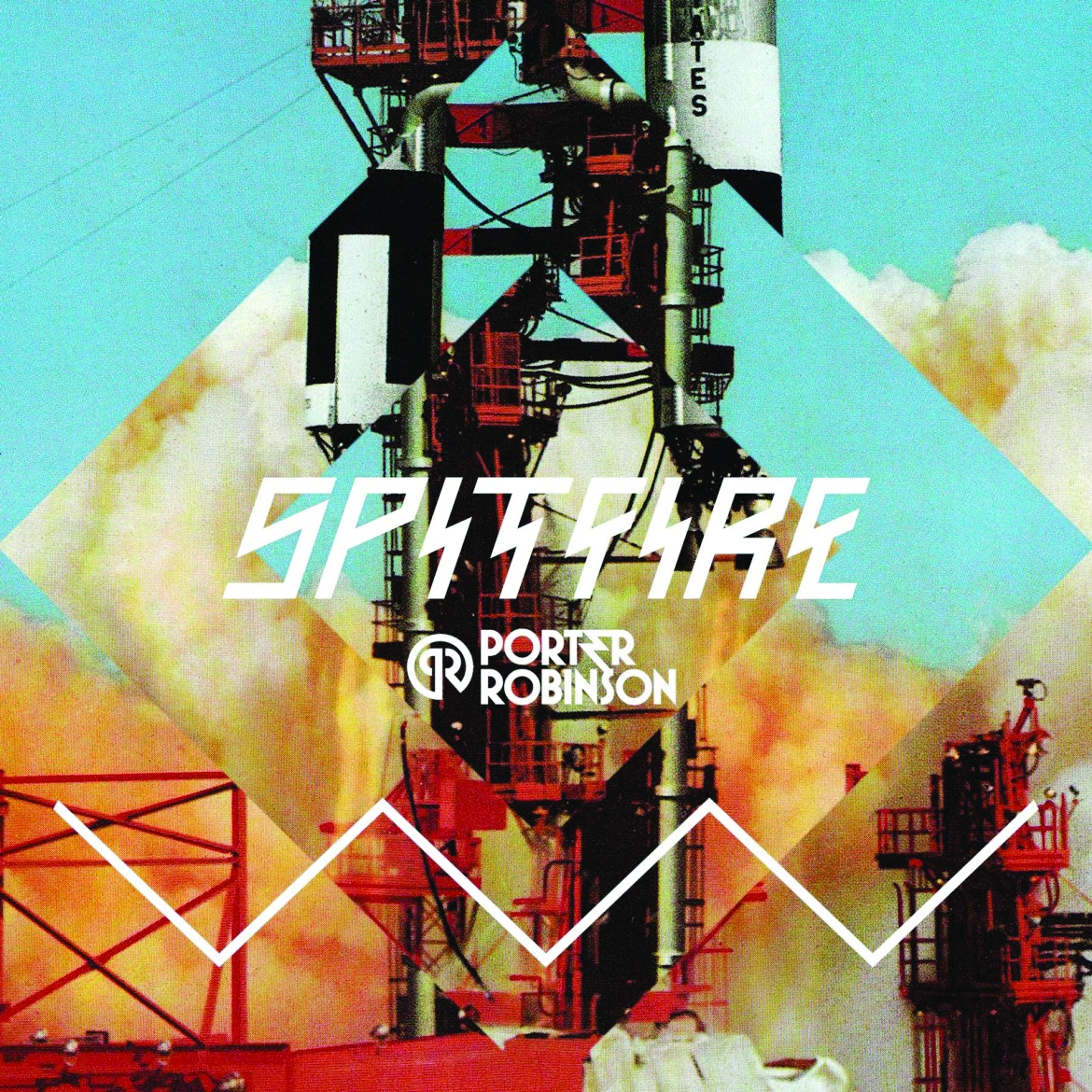 4. 'Language'
Released in 2012, ‘Language’ is the first indication of Robinson’s transition from his in-your-face complextro and dubstep style toward a more melodic-based sound. The dreamlike track follows a pop-oriented structure that was largely missing in Robinson’s discography. The result is a slice of cinematic alternative electronic pop that felt new and exciting and completely unexpected from Robinson. ‘Language’ would go on to top the overall Beatport and iTunes Dance charts, spearheading Robinson’s new creative direction.

5. 'Worlds'
It’s difficult to fully reflect on the influence of ‘Worlds’, Robinson’s 2014 debut album, because we’re still reeling from its impact. A response to the tired, formulaic commercial EDM dominating the global scene, ‘Worlds’ was Robinson’s attempt to change the course of an entire genre and scene. He succeeded.

Rooted in his own nostalgia for Japanese culture and video games, ‘Worlds’ marked Robinson’s complete departure from his electro house and complextro days and ushered in his most creative and ambitious era to date. With ‘Worlds’, Robinson expanded his artistic reach and vision into new territories: He experimented with new genres like ambient (‘Sea Of Voices’) and synthpop (‘Hear The Bells’) and implemented innovative technologies via synths and vocoders. His shift from bass-centric music toward melody-based arrangements allowed him to create lush, immersive soundscapes with the emotional depth of alternative electronic and the harmonious scope of indie pop, in turn reviving the human touch largely missing in dance music.

The industry-wide influence of ‘Worlds’ is still unfolding today. The album is widely credited for heralding the next trends that would dominate the American electronic scene at the midpoint of this decade: the rise of live indie electronic bands, like ODESZA, and the flood of future bass artists like Louis The Child, k?D and Whethan. As a whole, ‘Worlds’ proved that electronic music is not limited to the dancefloor, but rather is a sound with limitless possibilities for those unafraid to reach them. 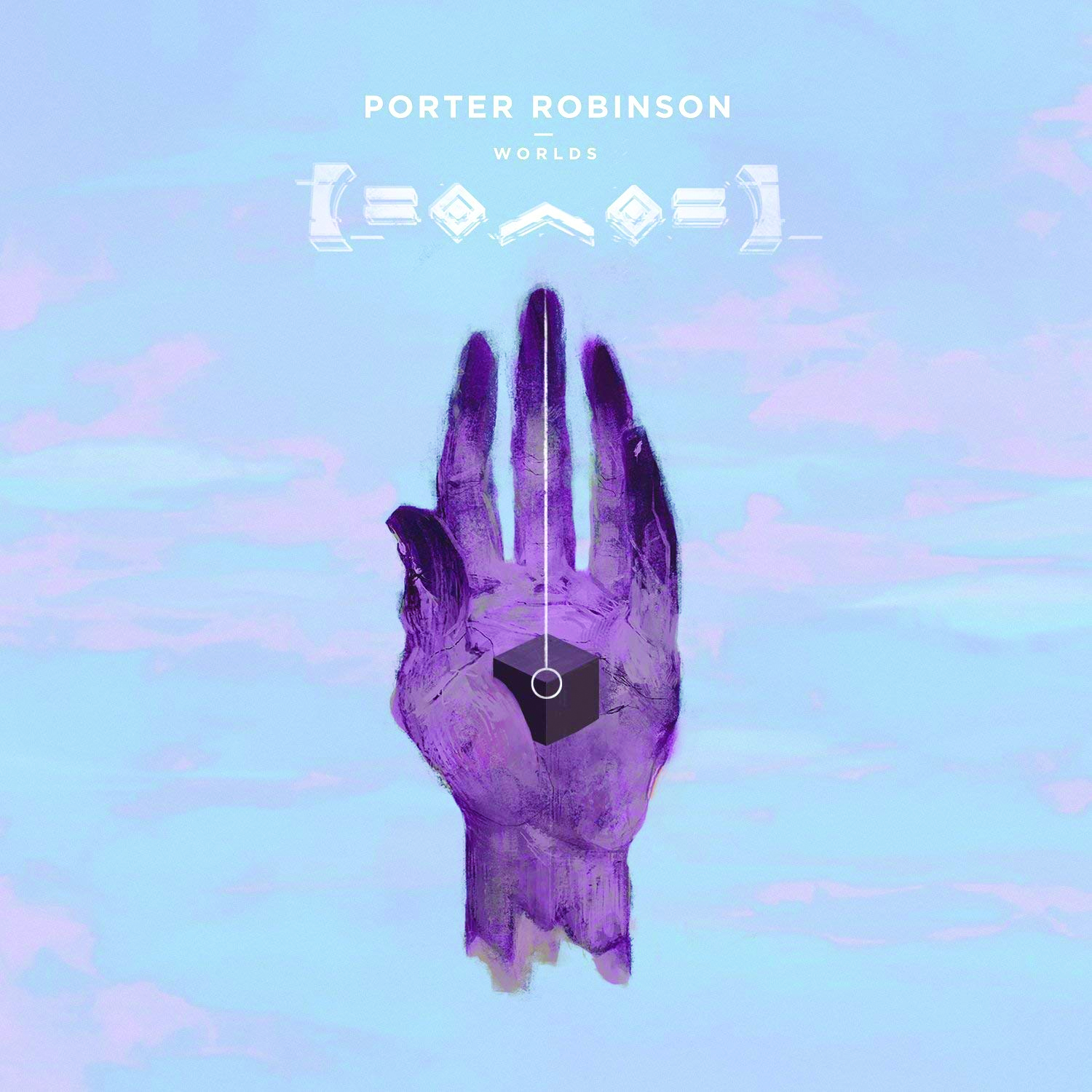 6. 'Worlds' Live Tour
To capture the immersive spirit of ‘Worlds’ in a concert setting, Robinson launched a live tour in 2014, which saw him abandon the DJ decks in exchange for live instrumentation via real-life synthesizers, triggered samples and his own vocals. Robinson, who took home the Best Live Act title at DJ Mag’s inaugural Best of North America Awards in 2017, teamed up with creative studio Invisible Light Network to produce a multidimensional visual universe that combined anime, pixel art and Tumblr-inspired computer programming. Rather than making flashy animations or abstract art, Robinson and co. created alternate realities that featured animated characters and interconnected storylines that explored love, longing and adventure and reinforced the themes of fantasy, escapism and nostalgia heard on ‘Worlds’. While it was Robinson’s debut live trek, the Worlds Live Tour elevated the artist from DJ button-pusher to creative visionary and helped raise the bar for live electronic music. 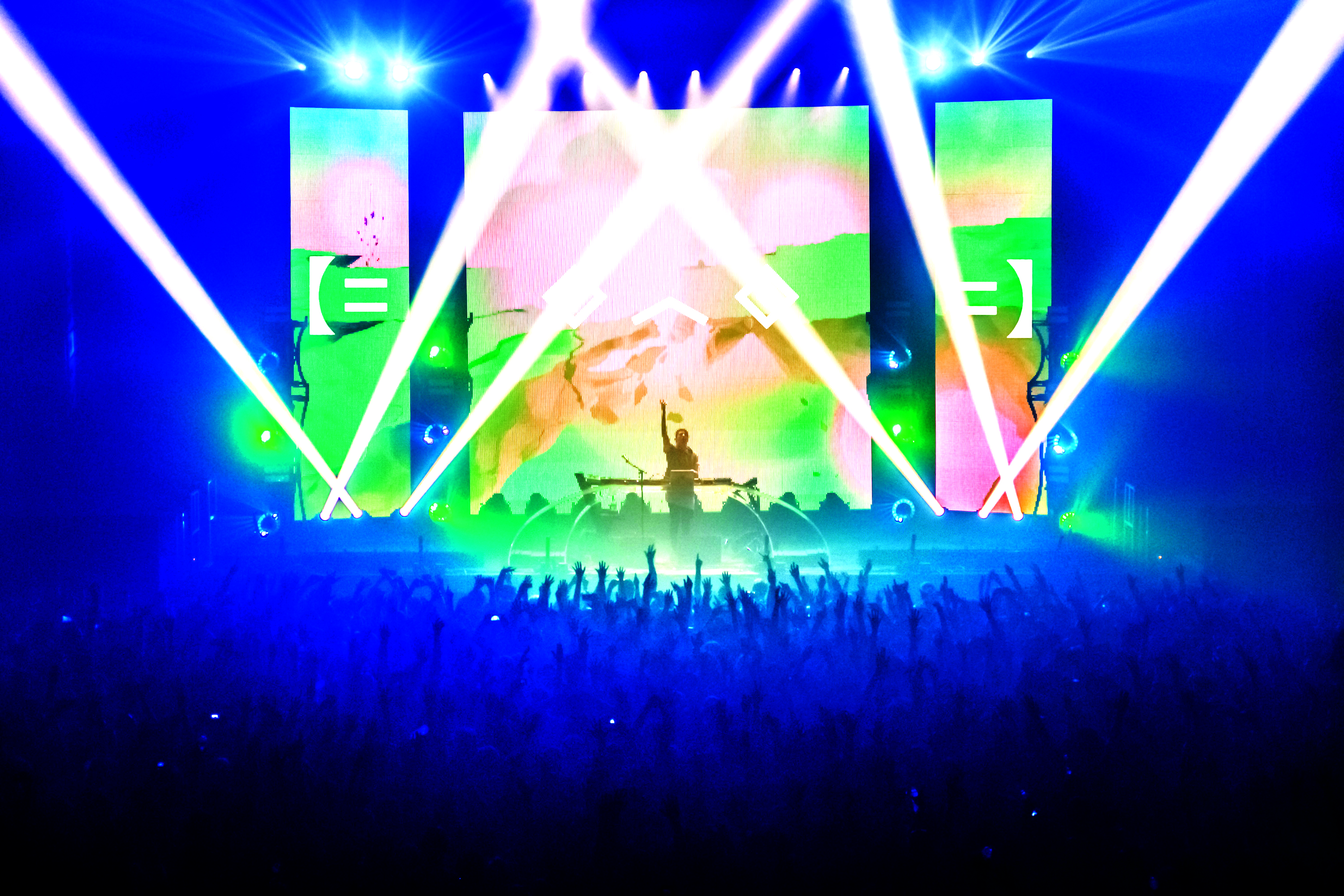 7. 'Shelter'
‘Shelter’, released in 2016, is the sonic culmination of a lifelong friendship between Robinson and French dance pop prodigy Madeon. The two officially met when they were just kids, Robinson 14 and Madeon 12, via an online music production forum where they would post their early songs and trade music. They continued their friendship and musical relationship throughout the years as each of their individual careers took off. They finally joined forces officially via ‘Shelter’, which marks their sole collaboration together and wholly reflects their years-long friendship and creative connection.

The bouncy, feel-good, futuristic aesthetic of ‘Shelter’ reflects both producers’ commitment to meticulously detailed production and songwriting: chopped-up vocals, cinematic melodies, sweeping synths. Robinson and Madeon later launched the coinciding Shelter Live Tour, which featured the two artists performing a back-to-back live show together. The tour, which ran for more than 40 international dates, climaxed with an epic performance at both weekends of Coachella 2017. 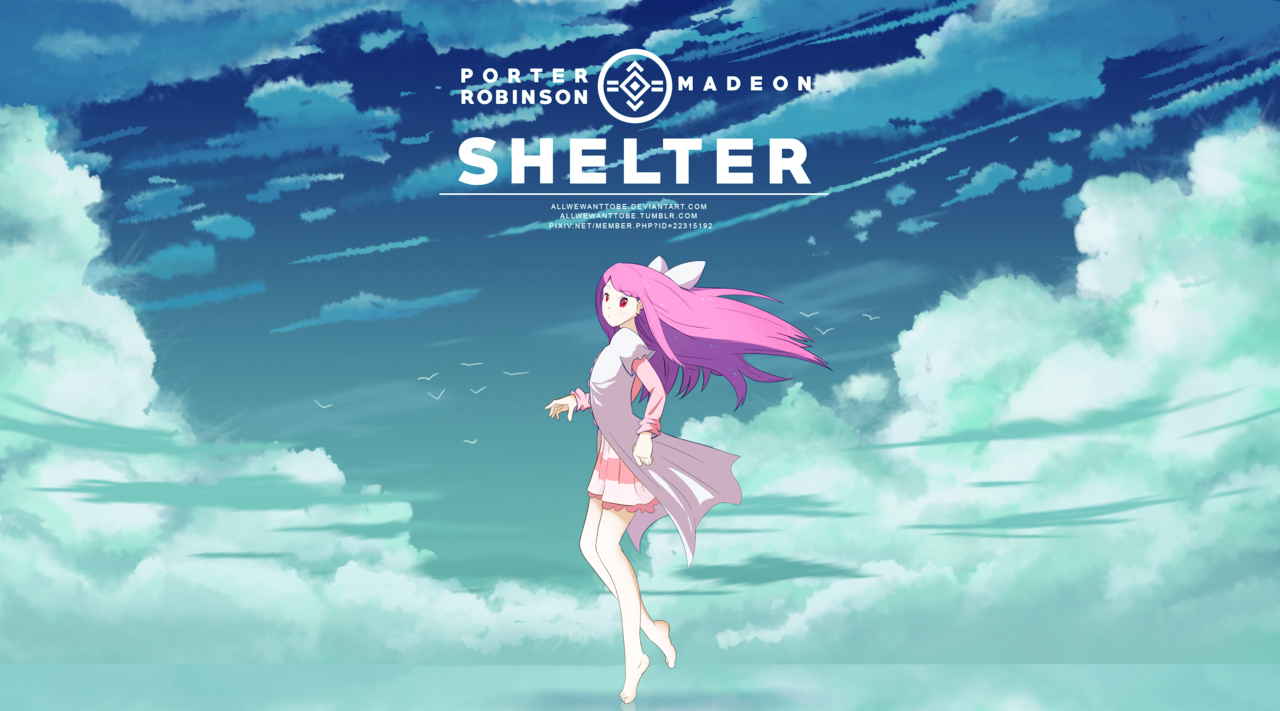 8. 'Shelter' Short Film
While the ‘Shelter’ single was momentous unto itself, its corresponding visual reinforced Robinson’s capabilities as a visionary artist. More of a short film than a music video, the six-minute-long ‘Shelter’ clip is an animated tale based on an original story written by Robinson, which follows 17-year-old Rin, a lonely child who lives inside a virtual reality simulation. Co-produced by Robinson, Crunchyroll and A-1 Pictures, who also animated the video, ‘Shelter’ pulls aesthetic cues from the producer’s lifelong obsession with Japanese culture and anime. The visual, which took longer than a year to fully develop, expanded Robinson’s artistic reach by creating worlds within his music and extending his vision beyond the beat.

9. Robinson Gets Real On Twitter
Robinson has never been one to shy away from critiques against electronic music in his discography and across social media, going as far as disavowing the majority of his own music on Twitter. But beyond the occasional takedown, Robinson is known to get raw and real on social media. Case in point: In 2017, Robinson openly discussed his battle with self-doubt and depression following the breakout success of ‘Worlds’. “You should know that [self-doubt] and depression destroyed me in 2015,” he tweeted. He concluded the Twitter thread on a positive note, however, noting that his work with Madeon on ‘Shelter’ “reminded me that I can still make stuff I’m proud of.” With so much talk and action focusing on mental health and wellbeing in dance music, this honest and vulnerable episode humanized Robinson and brought him closer to his fans. 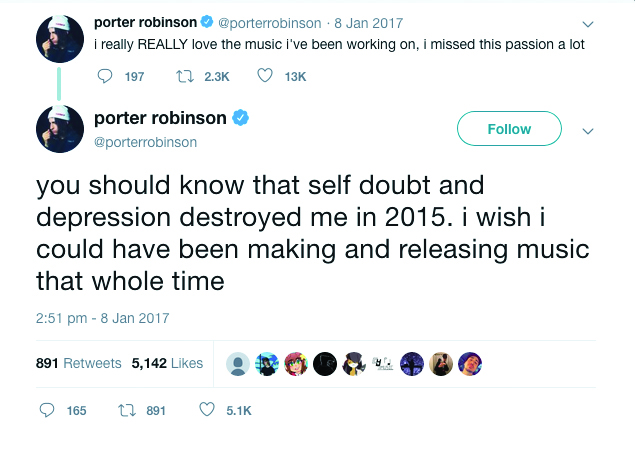 10. Virtual Self
Continuing his ongoing trend of drastic transformations, Robinson unexpectedly unveiled his latest artistic evolution via Twitter in late 2017: Virtual Self. The new project completely abandons the shiny electronic pop that defined Robinson’s sound on ‘Worlds’ and his subsequent releases. He instead dives headfirst into all sorts of hard-hitting genres and menacing sounds, as heard on the debut ‘Virtual Self’ EP, released in November 2017. Across five tracks, ‘Virtual Self’ tackles everything from Eurodance and hard trance (‘Eon Break’), future house (‘Ghost Voices’) and happy hardcore (‘Particle Arts’).

Virtual Self is essentially the opposite of Porter Robinson, and deliberately so. “Virtual Self is the furthest thing from an attempt to please my fans or make what they want,” Robinson told DJ Mag North America in his cover feature last year. “I wanted Virtual Self to be something that a good chunk of Porter fans might reject… I feel like if I did something that was popular amongst every single person who follows me, then I must have compromised along the way somehow.” As he’s done time and time again, Robinson once again relinquishes the sounds that made him a global star in search of his next creative challenge as Virtual Self.